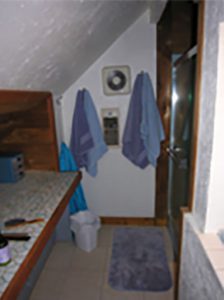 Second floor remodel included combining 2 bedrooms into one master bedroom, reconfiguring the bathroom, adding windows,  a built-in desk, and closet in the existing office. In the bathroom, which was a  cramped and depressing space , a closet and walls were removed and the built-in shower was replaced by a tub with shower rod and shower head mounted in the ceiling.  The tub was set into a built-in wood deck and a new vanity with marble top was designed to match the wood of the deck.  New small windows and a skylight were introduced to provide additional light.

A new artist studio was also added to replace the existing garage in the back yard.  The Owner wanted many windows with north facing light, lots of wall space, and the possibility of retrofitting it into an accessory dwelling unit.   The studio also included a new compact water heater and service sink. 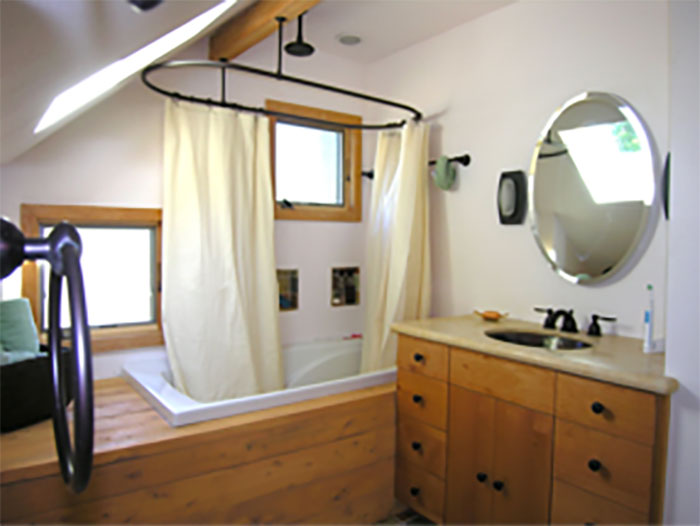 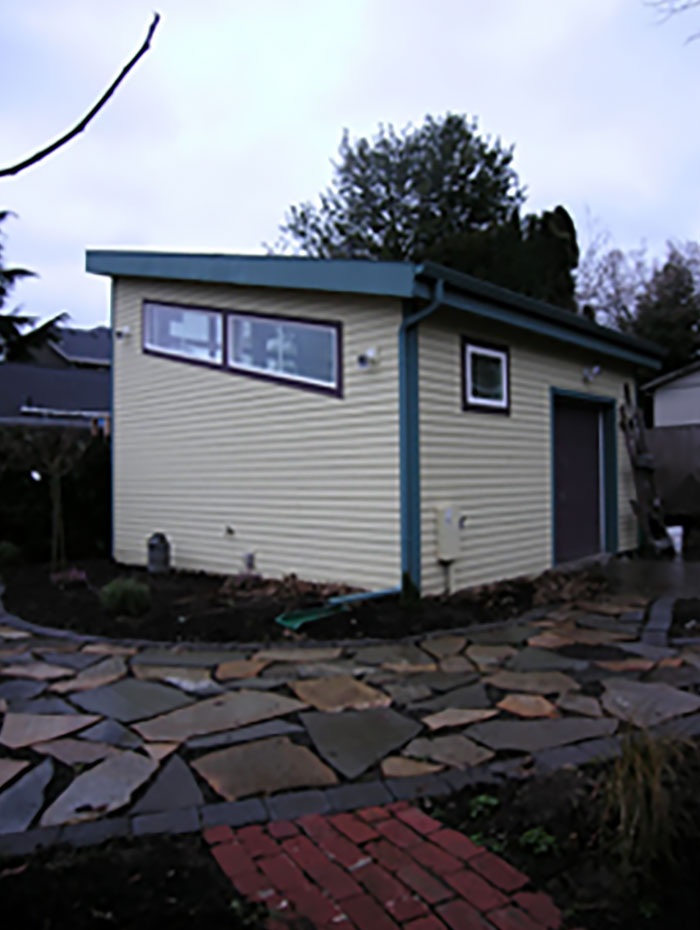